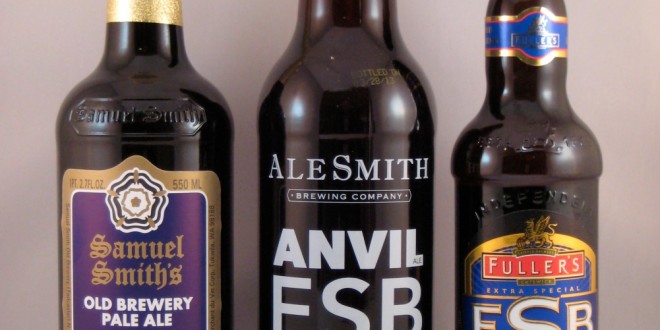 An average-strength to moderately-strong English ale. The balance may be fairly even between malt and hops to somewhat bitter. Drinkability is a critical component of the style; emphasis is still on the bittering hop addition as opposed to the aggressive middle and late hopping seen in American ales. A rather broad style that allows for considerable interpretation by the brewer.

More evident malt and hop flavors than in a special or best bitter. Stronger versions may overlap somewhat with old ales, although strong bitters will tend to be paler and more bitter. Fuller's ESB is a unique beer with a very large, complex malt profile not found in other examples; most strong bitters are fruitier and hoppier. Judges should not judge all beers in this style as if they were Fuller's ESB clones. Some modern English variants are brewed exclusively with pale malt and are known as golden or summer bitters. Most bottled or kegged versions of UK-produced bitters are higher-alcohol versions of their cask (draught) products produced specifically for export. The IBU levels are often not adjusted, so the versions available in the US often do not directly correspond to their style subcategories in Britain. English pale ales are generally considered a premium, export-strength pale, bitter beer that roughly approximates a strong bitter, although reformulated for bottling (including containing higher carbonation). 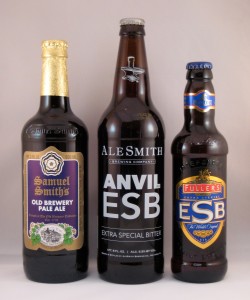