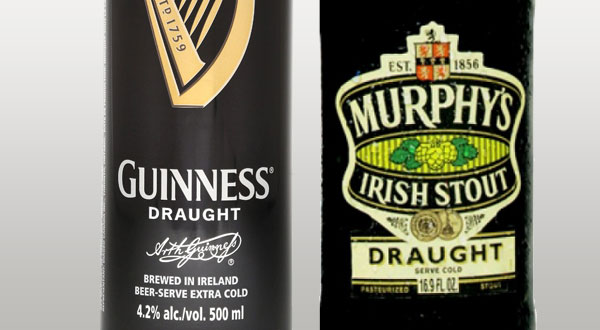 A black beer with a pronounced roasted flavor, often similar to coffee. The balance can range from fairly even to quite bitter, with the more balanced versions having a little malty sweetness and the bitter versions being quite dry. Draught versions typically are creamy from a nitro pour, but bottled versions will not have this dispense-derived character. The roasted flavor can be dry and coffee-like to somewhat chocolaty.

When a brewery offered a stout and a porter, the stout was always the stronger beer (it was originally called a "Stout Porter"). Modern versions are brewed from a lower OG and no longer necessarily reflect a higher strength than porters. This is typically a draught product today; bottled versions are typically brewed from a higher OG and are usually called Extra Stouts. Regional differences exist in Ireland, similar to variability in English Bitters. Dublin-type stouts use roasted barley, are more bitter, and are drier. Cork-type stouts are sweeter, less bitter, and have flavors from chocolate and specialty malts. Commercial examples of this style are almost always associated with a nitro pour. Do not expect traditional bottle-conditioned beers to have the full, creamy texture or very long-lasting head traditionally associated with nitrogen dispense. 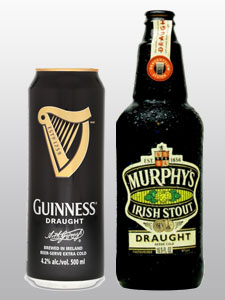